Following on from the Avro Type 707 Day I decided to spend a bit of time trawling the internet for any gems that may be out in the World Wide Web. I came across a forum where I noticed that one entry was concerning VX784, the 1st prototype produced that appeared at the SBAC show at Farnborough but sadly crashed less than a month later at Blackbushe killing Avro’s Chief Test Pilot E.S ‘Red’ Esler DFC. The article stated  that there were a couple of fragments of this plane and the last known whereabouts of them were that they had been donated to the FAST Museum at Farnborough.

Through the power of Twitter I contacted the museum and over the period of a couple of weeks, Claire completed some research for me and found the objects, took photographs of them including ‘Red’ Eslers entry in the Test Pilots Memorial Book and gave me permission to reproduce them on our website, and here they are.

I would like to personally thank Claire for her tireless work in tracking down these items on my behalf. 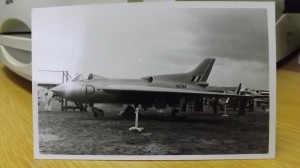 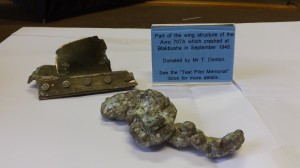 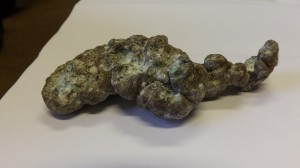 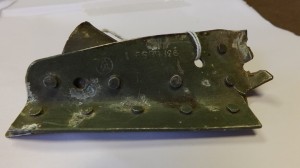 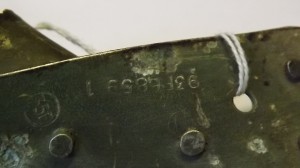