Well howdy y’all (how our American friends based at USAF Greenham Common used to greet us) and welcome to the long awaited adaptation of the very 1st of my Cold War Road trips.

For those of you that do not know, I grew up in the Nuclear Triangle (Greenham Common, AWRE Aldermaston & AWE Harwell) otherwise known as ‘One Bomb & your GONE’ & will always cherish watching in awe F1-11’s streaking across the skies daily and the lumbering Galaxy’s coming and going from the then USAF Greenham Common.

The annual Air Shows were the highlight the year, whether going along with my uncle or driving up to Walbury Hill (highest hill in the South of England) to watch the planes on the circuit, seeing the mighty Vulcans looming up from beneath the trees and passing so close you could nearly reach out and touch them.

Today Greenham has reverted back to common land with all but a small portion of runway left to act as a reminder, the rest went on to be used as hardcore for the A34 Bypass (remember Swampy?).

Loads of information on Greenham past and present can be found on the internet, so i’ll leave you to your own means to track down the history & stories behind this ‘special’ airbase.

I’ve added a few pictures that I have taken over the last 12 months, some will seem familiar, others just that little bit different

Lets start you off with a little V Force video action 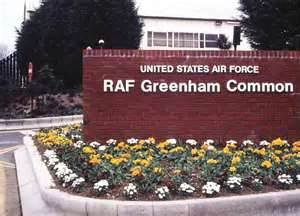 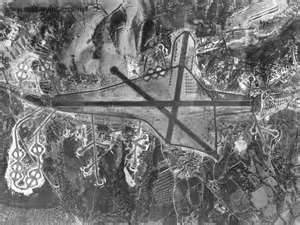 RAF Greenham Common circa 1944. Image with North at the top. Only the East/West runway remained and was eventually heavily extended and reinforced (image Crown Copyright)

The ‘Modern’ Runway at it’s time the longest in Europe. This image is looking to the East with the Control Tower situated half way down the runway on the left hand (North) side. Note the GAMA bunkers at the botton right (image Crown Copyright) 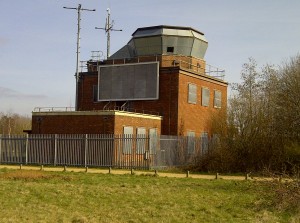 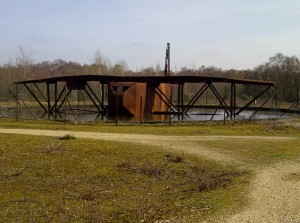 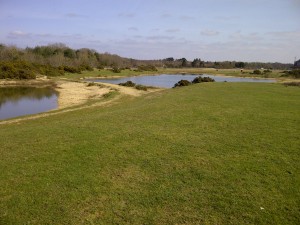 ‘Lakes’ – Ex Aviation Fuel tanks (1 of 8). When in full operation this was the site of 2 huge hard pans where when during the tattoo’s the ‘Static’ aircraft would be displayed. If looking North these are situated to the East of the Control Tower 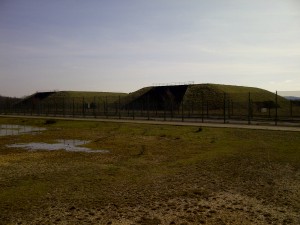 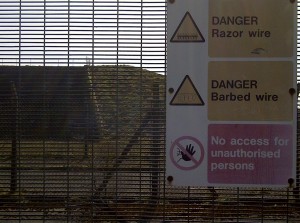 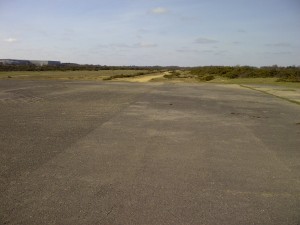 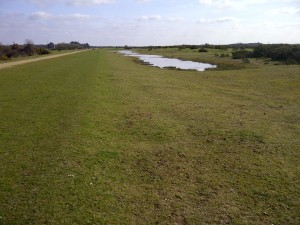 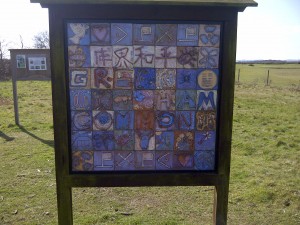 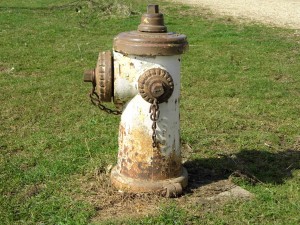 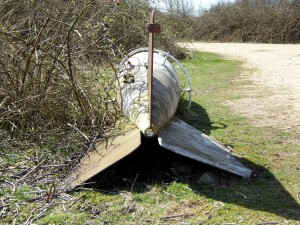 Water Borne Drogue! I’m still trying to work out what this is doing there. If anyone can shed some light please let us know 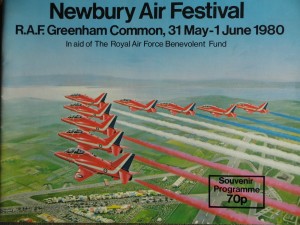 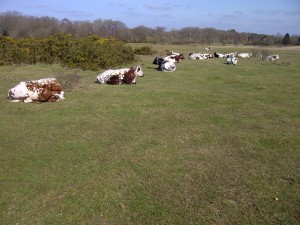 As you can see the site at Greenham Common is a vast area (the old perimeter fence was 6 miles long). It is a treasure trove of sites and artefacts dotted around. A business park now stands where hangars, bowling alley and dance halls once stood. I can even remember attending a music festival there one year, I think it was during the 1st Gulf War so it was heavily guarded, and boy oh boy – those Americans certainly knew how to Barbeque.

Local people have an array of views on what should have happened when the USAF left. Should it have remained as an airfield and taken the bulk of the cargo planes?

A little known fact about Greenham is that NASA had plans for the Space Shuttle to make an emergency landing if ever a take off was aborted.

I’ll finish off just by saying that if you are ever in the area and fancy stretching your legs, taking your pooch for a walk, just stop by and make sure you have your camera

*all images Copyright rod@twittervforce.com unless stated